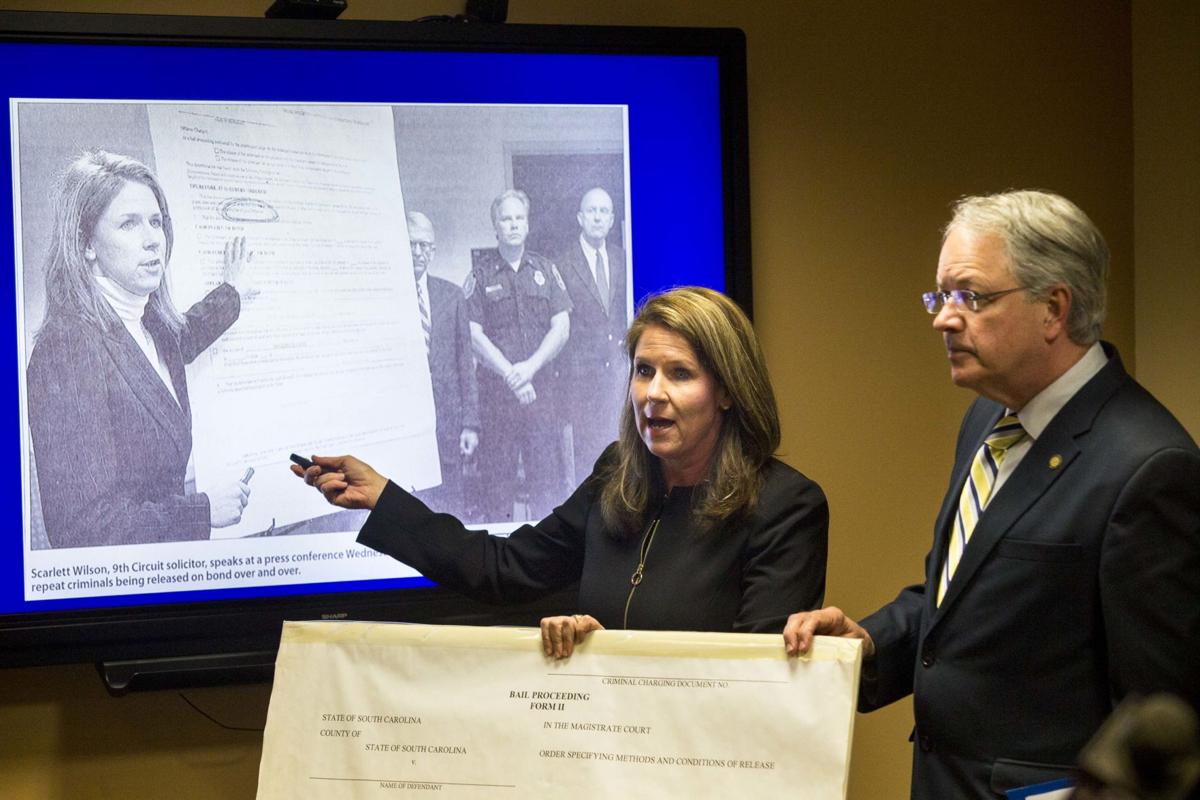 About a week before the Charleston region’s chief prosecutor stood beside a state senator at a news conference to champion a bill and related measures that promise to come down harder on repeat dangerous offenders, 23-year-old Deja Katrice Dantley was shot dead in her car in the parking lot of Citadel Mall.

The man charged with murder in connection with Dantley’s slaying, 28-year-old Cary Kejuan Janai Stephens of North Charleston, was out on bail for a May 2018 criminal drug case that is still pending.

The legislation, sponsored by Sen. Sandy Senn, R-Charleston, seeks to raise the minimum bail amount, from $25 to $200 (or 5 percent of the bond, whichever is higher). Doing so, Senn and 9th Circuit Solicitor Scarlett Wilson said, would ideally push repeat offenders to take bail more seriously and bolster prosecutors’ efforts to revoke bond that would keep defendants deemed dangerous or violent behind bars. The bill, S. 304, was introduced the first day of the session and has not left the Senate Committee on Banking and Insurance.

The system as is, Senn said during the news conference, “makes it too easy for the really bad people to get out of jail.”

Charleston police said Stephens and Dantley were seen Feb. 26 by witnesses in a parked car at the Citadel Mall in West Ashley.

Witnesses told investigators that, just before 5:40 p.m., the two were seen arguing. A short time later, police said Stephens shot Dantley. When officers responded to the scene, they found her body in the car.

“I mean, this is ridiculous,” said Shakira Conquest, who is Dantley’s cousin. “I feel it’s blood on the hands of the court system.”

Dantley’s slaying was not the first time Stephens was accused of a violent crime involving a firearm.

In 2014, Stephens pleaded guilty to manufacturing of cocaine base and unlawful possession of a pistol, among other charges, and received fives years probation, according to State Law Enforcement Division and other court records.

Wilson said her prosecutors have been trying to get bond revocations for dangerous offenders and those with weapons charges, when necessary, though they are not happening frequently.

Meanwhile, Dantley’s loved ones, who were still at work two weeks after her death planning the woman’s funeral arrangements, said they wonder if legislative measures like Senn’s could provide the legal measures necessary to perhaps prevent similar incidents.

“We don’t want Deja’s life to be in vain, and hopefully something good can come out of this,” Conquest said. “And hopefully (someone else’s) life can be saved, and they don’t have to go through what we’re going through right now.”