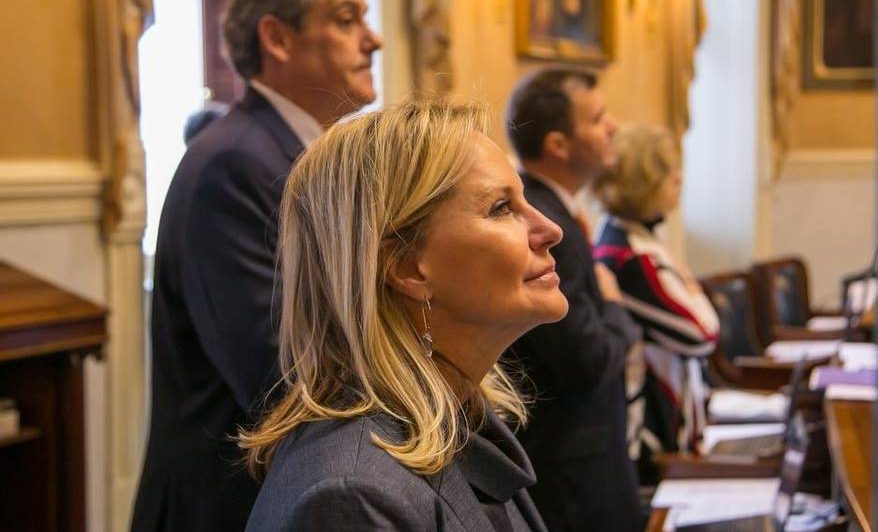 CHARLESTON, S.C. (WCSC) – One state senator believes there needs to be a law that covers threats against all public buildings and spaces, including churches and public parks.

The broader approach of S.276 would give law enforcement more authority over those who threaten violence.

“What my particular bill is aimed at doing is if someone makes a threat to engage in a mass homicide, then the police should be able to arrest based on the threat alone, not an act,” Sen. Sandy Senn said.

She specifically left the type of weapon out of the language of the bill, so it goes beyond threats involving guns or bombs.

“We just needed to bring some language into unfortunately what we are seeing unfold in today’s life,” Senn said. Without giving our officers these tools, all we are going to do is say, ‘Wow we’ve let this happen again. How have the police and lawmakers and everybody else let this happen again?’”

The most unique component of the bill though is how it addresses the role of mental illness behind such threats.

As a condition of bond, the offender would be required to go through a mental health evaluation and, if necessary, the offender could be court-ordered to undergo treatment or counseling.

It’s something Senn believes could have stopped Dylann Roof and other attackers.

“I think that if someone like Dylann Roof had caught the attention of a mental health worker because of his awful things he was brazenly putting out there on the web, then I think things could have turned out differently,” Senn said.

She believes her bill could save lives.

“You can stop the hurt and pain for your loved one who may be contemplating some type of terrible action, but certainly for the innocent people who may end up on the wrong end of some type of attack,” Senn said.

S.276 was introduced in the house in April 2019 and referred to its judiciary committee.

Senn has also introduced a separate bill that would establish the penalties for disturbing schools. It’s been sitting in the hands of the Senate’s judiciary committee since Jan. 2019.