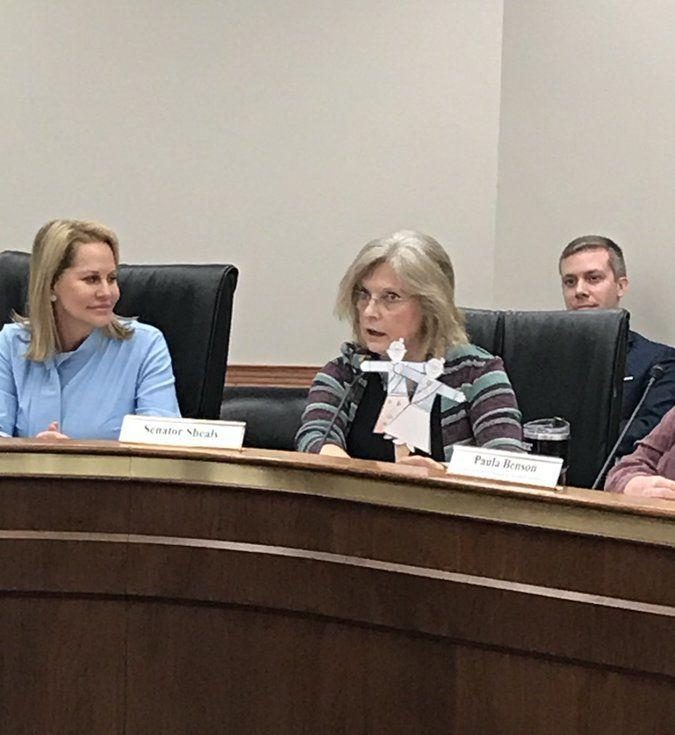 COLUMBIA — There have never been more women serving simultaneously in the South Carolina Senate as there are today.

All four of the history-making lawmakers decided Wednesday that a federal Constitutional amendment is needed to ensure women enjoy the same legal protections as men, from equal pay to property ownership.

“Our state always being last and loving it when it comes to everything women, I can speak for the four of us when I say we all fight for equal pay for equal work, we all fight for equal justice, equal opportunity, just being seen and heard and addressed as equals, and that has never been more of an issue than it is today,” state Sen. Mia McLeod, D-Columbia, said.

An all-female Senate Judiciary subcommittee unanimously voted to opt South Carolina into the growing roster of states calling for an Equal Rights Amendment to the U.S. Constitution — a national effort that began in 1923.

Virginia in January became the 38th state to ratify the amendment, but Congress hasn’t considered the move yet.

“It’s a foregone conclusion. Women, we should have equal rights, so why has it taken 100 years? I think every one of us up here agree with that,” Bright Matthews said.

With mounting bipartisan support in both chambers of the General Assembly, one of the state’s strongest supporters of an Equal Rights Amendment said Wednesday’s action could help push it through the Legislature.

“We in South Carolina need to say to women in this state, ‘you matter,’ ” state Rep. Gilda Cobb-Hunter, D-Orangeburg, said. Last year, she introduced a resolution asking South Carolina to formally support the amendment — and found an ally in Tom Davis.

“It stands for something very fundamental. The Equal Rights Amendment does not create new rights, what it says is, whatever rights there are shall not be abridged by government on the basis of sex,” Davis, a Republican state senator from Beaufort, said Wednesday.

Opponents of the move decried it as allowing for more government intervention.

“The ERA, I fear, will enable the federal government to meddle in every aspect of our lives and businesses. We need no quotas that would require another set of administrative laws,” Lexington resident Shannon Clark said.

Davis said those who claim women are already protected under the Constitution’s 13th, 14th and 15 amendments, which abolished slavery, established due process and gave blacks the right to vote, respectively, are being “intellectually dishonest.”

“The concern is there is a movement in American jurisprudence toward originalism, looking for what is the specific intent for why an amendment was passed,” Davis said. “The courts apply a lesser standard when it comes to discrimination against women than they do with discrimination against African Americans, because African Americans have Constitutional amendments directly related to them, women to not enjoy that.”